A common theme that developers often face is deciding which platform they should make their apps available on next. Are the users on this platform engaged enough? Will I be able to make money on this platform? These are only some of the questions that developers face, before investing their time on transferring their apps. For Playtika, a company which builds highly immersive social games, expanding their apps onto as many platforms as possible has become a core strategy.

Playtika’s app Slotomania currently holds the #8 spot worldwide for highest grossed mobile app on iOS and Android. In addition to iOS and Android, Playtika has also launched on the Amazon Appstore, which has proved to be a big success. According to Playtika, the Amazon Appstore provided the team with the highest ARPU (average revenue per user) compared to other platforms and also contained the highest retention rate amongst its competitors. Recently I had the chance to sit down with Elad Kushnir, VP of Business Development, to discuss how their apps were doing in the Amazon Appstore and their experience working with Amazon. 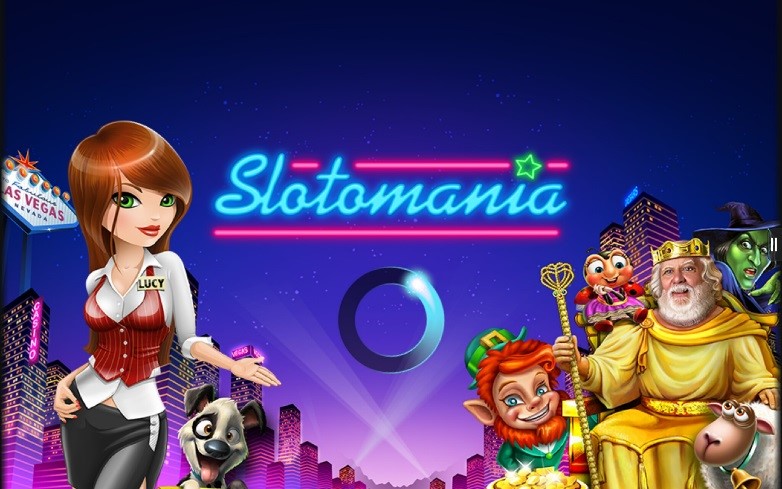 “The Amazon Appstore does not only make the migration easy from an existing Google Play app, but it also has outperforming KPI’s as well.” says Elad. The team has seen some impressive results since their app has gone live in the store and have done fairly well for themselves in terms of revenue. “When we compared our 2014 data, we noticed that ARPU on Amazon was 70% higher than on Android and 15% higher than on iOS”- Elad Kushnir 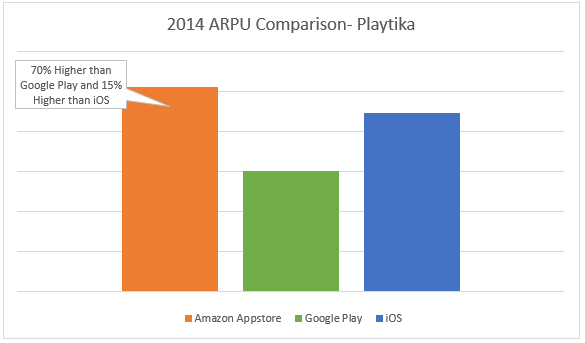 The team credits the unique audience that Amazon brings in and how engaged they are. “When we looked at retention rates for 2nd day and 7th day metrics, the retention was relatively the same across all platforms. However on the 30th day, retention on Amazon Appstore was 10%-20% higher than on iOS and Google Play.” Says Elad.

Getting users engaged is only half the battle. With a free app like Slotomania, conversion rates (paying users/ DAU) is crucial in terms of making revenue which is why Playtika is using Amazon’s In-App Purchasing API. So how many of these users are actually purchasing within the game? From Playtika’s data in 2014, they determined that the average user on the Amazon Appstore is 150% more likely to become a paid user than on iOS and 170% more likely than Google Play. 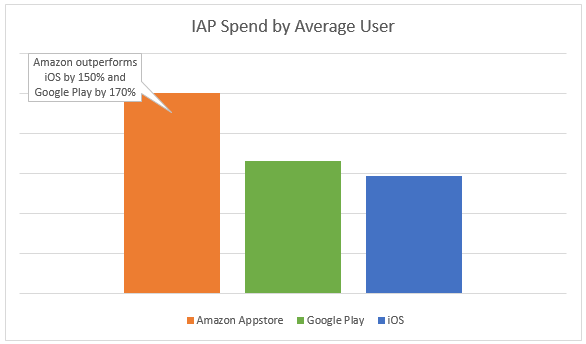 From Google Play to Amazon Appstore with Little to No Work

“When we were deciding on our next platform, we already had our app on Google Play. We realized that moving our app from Google Play to the Amazon Appstore would be pretty easy since Fire OS is built on Android. Once we started, we got our apps up and running in a couple days and the process itself was seamless. The best part was that it had relatively low development costs.” – Elad Kushnir

From previous tests, we actually found out that more than 75% of the Android apps we tested just work on Kindle Fire with no additional development required. The team has now launched several of their games on the Amazon Appstore and are working on the getting the remaining ones up and running within the next year.

Moving forward Playtika plans to take their apps to the next level by getting them onto Amazon’s newest devices. Their current focus is to get their app on Fire, in which their team is already planning on integrating Fire’s exclusive feature, Dynamic Perspective. In 2015 Playtika is planning to also have their apps on Amazon Fire TV. For now, the Playtika team tells us that they are very happy with how things are going and plan to release even more apps on the Amazon Appstore in the near future.

Learn More about the Tools Used by Playtika