Over the past 3 months I have been working on a number of game for the Amazon Appstore and streaming their development live on Twitch. While most people know Twitch as a place to watch people play games, it’s also one of the best places to see game developers make them as well. Twitch now has a dedicated Game Development channel and I’d love to invite you all to come watch me, and my co-workers Paul and Peter, build games for the Amazon Appstore. 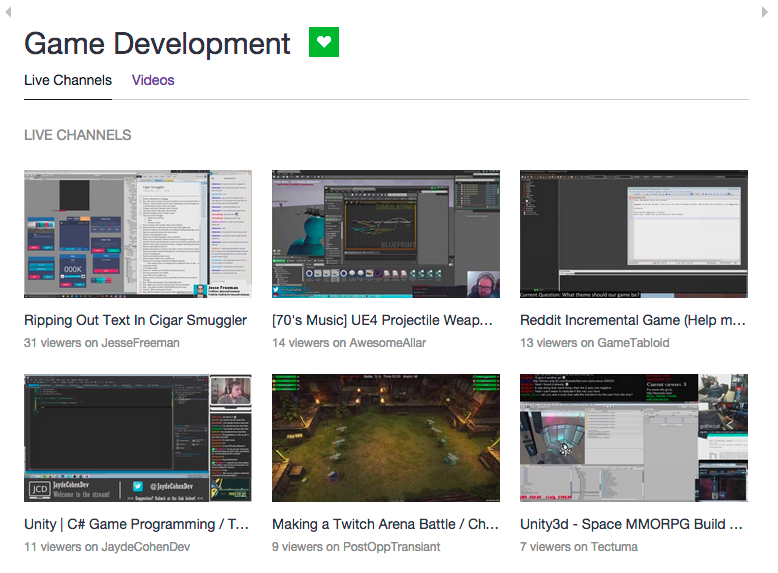 I started streaming on Twitch shortly before GDC and figured this was the best time to give it a try as I built out the demos for my talk. I ended up porting over an older HTML5 game of my called Super Paper Monster Smasher to Unity as a way of testing out best practices for optimizing Unity games on Fire devices. It wasn’t easy to start live coding but after a few weeks it became more natural and here are a few things I learned along the way:

The goal of your stream is to build up a community around your game. This is one of Twitch’s strong suits. I found that the people who come in to watch my stream usually come back. They ask questions, they engage others in chat and they have valuable input into how you should fix issues or features you should add to your game. I’ve learned a lot about how to work in Unity better and community suggestions have helped make my latest game, Cigar Smuggler, a lot better too. 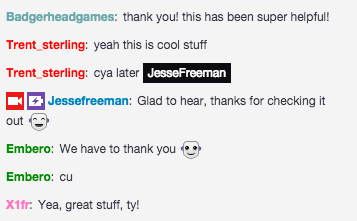 Once you build up a following, interact with them and don’t ignore them on chat. It’s a delicate balance between doing your work and taking part in the chat conversation but once you find your rhythm, stick to it and bring them into the process.

Keeping Your Personal Life off the Stream

I also learned early on that I wanted my streaming setup to be self-contained. If you dev on your personal or work computer make sure you have a clear separation between what you show on the stream and your own stuff. I am constantly being bombarded by emails, phone calls, and IMs all day long while I stream. To keep this out of the videos I work on a VM. I’ve configured a perfect setup just for my streaming development with all the tools I need to get my games running.

What’s also great about the VM is that you can back it up and if anything goes wrong it’s easy to restore. I’ve also copied it to my laptop so I have the two in sync allowing me to stream from my laptop when I travel. If you can’t use a VM at the very least I would suggest making a separate user account on your computer and logging into that when you go on Twitch. It also goes without saying to make sure you can easily mute your microphone at a moments notice too.

Outside of using a VM, I have a decent USB gaming headset with a built in microphone that I use for audio in and out.  I also use a USB capture card for showing off Fire TV builds during my stream too. On the software side of things I’m running Open Broadcaster with the following settings:

As you can see I am streaming from a larger resolution of 2560 x 1440 so I scale it down to 720p. One thing to note is that for people to be able to read the code, I usually bump up the font size in all my editors. I also have a watermark graphic that I use during my streams.

I don’t like to keep my web cam on so I use this graphic to simply let people know who I am and if they find a highlight video on YouTube they know where the main stream came from.

A big part of the Twitch process is to make sure after you record a stream, to cut up highlights. I don’t do this for every stream but on important ones I’ll make clips out of them to feature on my profile page.

You can also push these you YouTube to cast a wider net for new followers. People who are interested in your work may not always be able to catch you doing it live. So make sure you get the videos of your steams out to the most places possible. You can check out my own highlights here.

If you want to see some of my game development, learn more about the Amazon Appstore and Fire Devices or just say hi please check out my Twitch channel at http://twitch.tv/jessefreeman. I stream almost daily at 9am – 12pm Eastern and randomly at nights and on the weekend. If you want to learn more about streaming on Twitch, check out the following links:

Want the latest app and game news delivered to your inbox? Stay in the loop on the latest industry best practices, Amazon promotions, and new launches by subscribing to our weekly blog summary here.