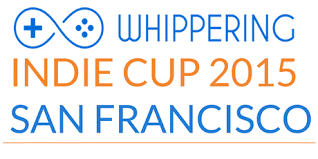 On Thursday, December 10 in San Francisco, independent game publisher Whippering will kick off the inaugural Whippering Indie Cup, a celebration of independent gaming. Dozens of Indie developers will demo their work throughout the day, with eight finalists competing to win the grand prize: a $10,000 grant to help them launch their PC, console, or VR game.

I’ll be there representing Amazon as a member of the judging panel, and can tell you that it won’t be easy selecting just one winner. From what I’ve seen of the early entries, there is some serious talent represented. I’m excited to participate and hope you’ll take time to stop by the Regency Ballroom next Thursday. Doors open at 10am and the winning title will be announced at 6pm.

Register now to get your ticket in advance.

Whippering Indie Cup is a competition & celebration of independent gaming. Join us in San Francisco on Dec 10th for a fun-filled day full of quality independent games.

For more info about Whippering Indie Cup, include the indie games that will be demoing and sponsors, check out indiecup.whippering.com