Note: Effective 08-26-2015 Free App of the Day (FAD) has been replaced with Amazon Underground.

DotEmu is a Paris based company that specializes in breathing life into classic games on modern platforms founded by Xavier Liard and Romain Tisserand. After being established in 2007, they quickly made a name for themselves  as a developer with well received ports of games like Square Enix’s Final Fantasy VII and VIII for Steam, SNK Playmore’s titles such as Metal Slug 1,2,3,X and King of Fighters 97. More recently, DotEmu became a publisher as well and released popular brands such as Double Dragon, Another World, R-Type and Raiden. They have been moving to mobile and chose to publish their Android based ports on the Amazon Appstore.

I was a huge fan of these games growing up so getting the chance to find out how DotEmu was finding success on the Amazon Appstore was a personal thrill.

Rising to the Top of the Charts

DotEmu’s first game in the Amazon Appstore, R-Type, quickly reached the number #2 spot on our best-selling apps list. While DotEmu has had similar success on multiple platforms such as iOS, Android, Desktop and more, they said “we consider Amazon as the best alternative to Google Play in terms of revenues for the Android platform.” Now with seven games in the store including Double Dragon Trilogy, Raiden Legacy, Another World and The Last Express they are continuing to release just what classic gamer fans would love. 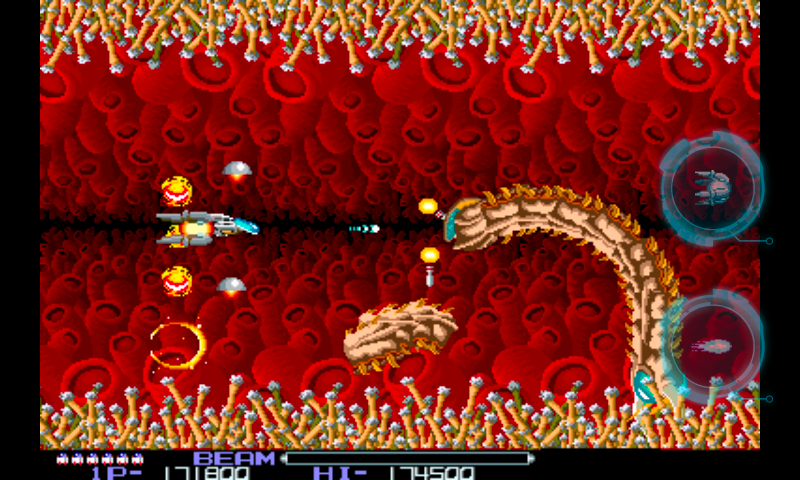 Screenshot from R-Type on the Kindle Fire

With so many games being released for the Amazon Appstore, DotEmu tackled the problem from the top down. “From a business perspective we needed to make sure all the costs associated to the publishing of our games on Amazon were below the revenues we could expect.” But this all comes down to an important question on how you can manage the time investment for supporting a new platform like Fire OS and maximize the return on investment  (ROI) at launch.

Integrating GameCircle into an Existing Codebase

DotEmu’s Android games are built with Cocos2d-x on top of their own custom technology with features to handle multiple achievement/score API support, controllers support and more. When approaching the way to integrate Amazon’s GameCircle API into their existing codebase, DotEmu took a forward thinking approach. They spent the time upfront to integrate the GameCircle API correctly into their framework. While this integration initially took them two weeks for their game engine, it now takes only a few days per game thanks to the effort they initially invested upfront. With this quicker development time plus an additional 1-2 days of QA time for each new port, DotEmu can now easily bring additional games over to the Amazon Appstore that offer the extra features that GameCircle provides.

After receiving a few thousand purchases per game released on the Amazon Appstore, DotEmu is already seeing a return on their time invested. That means moving forward, any additional release with GameCircle support is immediately profitable after launch given the upfront work the put in early on. But there’s more to being successful in the Amazon Appstore than just the time that goes into integrating our APIs.

Working Closely with Amazon for Launch

Marketing your game in the store makes all the difference and DotEmu took advantage of working with our editorial team to create the biggest impact they could at launch. “Amazon is [a] very efficient [way] to advertise our games to the gamers liking retro games.” said DotEmu. In addition since the team didn’t require much help with the porting process, they were able to focus more on the marketing side things.

The good news is that this sort of help form Amazon isn’t reserved for top publishers. Any developer can apply for our Free App of the Day (FAD) promotion to work directly with us to help promote your game and gain brand awareness once you are accepted into the program.

So how did the team do? According to DotEmu, they “generated between 10.000€ and 50.000€ of net revenue on the Amazon Appstore in total”, all of which came from premium priced apps (as opposed to in-app products or advertising). Of course it helps to have a game with a recognizable brand for customer loyalty but it also depends immensely on the quality of the end product. The experience has been a success for DotEmu as they received a positive return on their investment in getting their first game into the Amazon Appstore.

By taking the time to implement Amazon’s GameCircle APIs in a way that supports future projects they can now release games with deeper integration on the platform and continue to increase their ROI. “The way to be successful with Amazon is to really think about long term business relationship and not to just release one game and pray for results without any support from the Amazon team.” according to DotEmu. This way of thinking is true about any platform, not just ours.

Let Us Help You Succeed

The audience for retro gaming is growing in the Amazon Appstore and with the help of great partners like DotEmu we are helping expand that category and open it up to our user base. We can’t do it without more great games like the ones being produced by DotEmu so keep them coming and take advantage of our platform’s unique APIs such as GameCircle as well as marketing opportunities like FAD to help grow your audience. 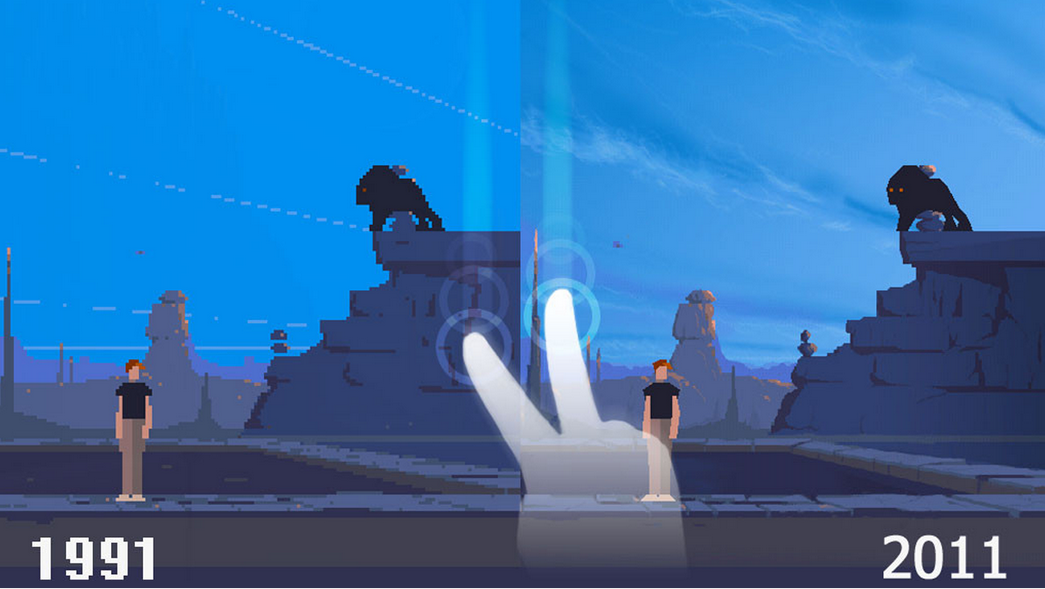 Screenshot from Another World on the Kindle Fire.

According to DotEmu “Today getting noticed in the digital world is extremely difficult and we can bet it will be more and more difficult in the future” which is why they also went on to say that “building up a long term business relationship with Amazon is consequently a no-brainer”.

For more resources on publishing Android games to Fire OS, integrating with GameCircle and the FAD program, check out the links below: